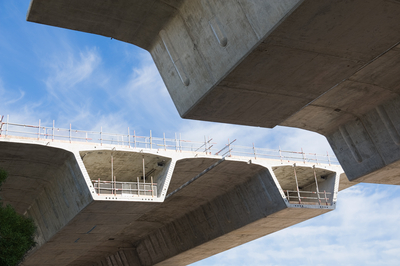 The staffing company Atlanco Rimec Group has been deducting nearly 1,000 euros monthly from their Portuguese workers’ salaries. The so called ‟logistic ”fees for various transport services and substandard accommodation in condemned lodging(s) were found ‟unacceptable” by a Dutch commission, and Atlanco Rimec is now required to pay back the money. In total one million euro. But, the company refuses.

Another controversial story concerning an Atlanco Rimec subsidiary is now unfolding in the Netherlands. The building of the A2 tunnel in the Dutch town of Maastricht has landed the Portuguese Atlanco Rimec subsidiary in a pickle. The activities surrounding this large infrastructure project financed by public funds have been reported widely in the media, and have now reached ministerial level.
This fall, Rob Cox, a Journalist working for the regional newspaper De Limburger, got a tip that something was amiss. Among other things, the Portuguese workers’ payslips showed a 968.75 EUR deduction for logistical costs” – each month!
– So, we decided to check things out. It turned out to be our lucky day. We got to see the salary slip specifications, and there it was – in black and white– the amount that had been deducted each month, says Rob Cox to Stoppafusket.
– I could also see that the workers were not paid in accordance with the Dutch collective labour agreement.

Monthly logistical fee
According to Cox, the Portuguese concrete workers, employed by the Portuguese Atlanco Rimec subsidiary, were lodged in shabby apartment houses  – four persons in each house; one small room, shared bathroom, living room, and kitchen. All the equipment, stoves and refrigerators, were very run down and of low standard.
After the meeting with the workers, Cox returned to the office. There were several issues that needed to be investigated further, but he decided to focus on the deduction of the fee for logistic costs.
– The amount was interestingly large. But, what did the workers get in return?
It turned out that the monthly logistical fee of nearly 1,000 EUR supposedly covered accommodation and airline tickets to Portugal (twice a year), as well as transport back and forth to the construction site. Rob Cox continues.
– Charging a fee for transports to and from the work place was just ridiculous. It was so close that no transportation was needed.

40,000 euros per house
Cox also calculated the cost for a return ticket to Portugal twice a year and came up with an amount of 600 EUR. Hence, as local transportation was not necessary and the estimated flight costs only amounted to 600 EUR per year, it turns out that each worker were paying more than 11,000 EUR per year in accommodation fees – for substandard lodging in houses already on the ‟to be demolished” list. Rob Cox continued his research. He found out that the company leasing the apartments to Atlanco Rimec only charged 350 euros– per month and house!
Since the workers stayed four persons in each house, it was obvious that the profit for Atlanco Rimec must be tremendous; approximately 40,000 euros per house and year, and in total, a profit equivalent of 350,000 euros. Divide the sum by four and you get the profit per worker. Cox knew he had a good story.

What happened when the story was published?
– Actually, there was a kind of snowballing effect. Since the A2-tunnel is a large public project, both local, regional, and national politicians started to question what was really going on. The government did not want the tunnel to be associated with business activities bordering to modern slavery, says Rob Cox.
By request of the public authorities, an independent commission able to quickly look into the case, was put together. And, as it turned out, the issue of the large fee deductions hit the limelight at the same time as the wage issue was being discussed. The Dutch construction workers’ union argued that it was obvious that the workers earned too little. Atlanco Rimec, of course, disagreed.
– My impression is that they (read Atlanco Rimec) are incredibly smart and well prepared. When the union demanded that they pay according to the collective agreement, Atlanco Rimec simply responded ‟No, we need not do that at all”. Rob Cox continues.
-Atlanco Rimec had taken advantage of a loophole in the law. Since less than half of the company’s total income came from people working on construction projects in Holland, it allowed them not having to pay according to the collective agreement.
The debate regarding the loophole continued, but very soon lost its relevance when the current collective agreement for construction industry expired in January this year.
– Negotiations are now pending and it will be some time before a new agreement is signed by the various parties, says Rob Cox. For the moment there is no valid collective agreement at all, and Atlanco Rimec has obviously taken advantage of this situation.
Concurrently with the debate, the public inquiry concluded two things; the first issue concerned wages and collective agreements.
– The public inquiry group felt that this issue was too complex for them. They did not possess the expertise and knowledge required to rule in the matter, Rob Cox says.

Deductions
The second issue was more clear-cut. It concerned the large deductions from the workers’ wages, and the group concluded that the money should be paid back to the workers.
– Although they were unable to decide on the legality of deducting such large ‟logistic” fees, it was concluded that it was socially ‟unacceptable”.
Already prior to the publication of the commission’s conclusions, Avenue 2 (the collaboration between the construction companies Strukton, Ballest Nedam (the prime contractor), and Atlanco Rimec) declared that the commission’s findings would be followed.
Avenue2 urged Atlanco Rimec to pay the money back to the workers, but Atlanco Rimec refused. Cox continues.
– They actually said, and I quote ‟Sure, we said we would comply with the conclusions of the commission, but we have never said that we would refund any money”.
And still, in the middle of January 2014, Atlanco Rimec continues to refuse. No money has been repaid.

Freezing of back accounts
In addition to becoming the subject of a commission, the case was also trialled by the Dutch court system. In the Netherlands they have a type of ‟fast court”, where a judge can review a case and decide on a ruling within a day or two. The reason the case was taken to Dutch court was that an organization with the purpose of checking company compliance with the collective agreements, concluded that Atlanco Rimec did not do so. The organisation (consisting of unions and employers) ordered that Atlanco Rimec’s bank accounts be freezed, since they believed there was a chance the company would pursue bankruptcy rather than pay back the money owed. The court judge, however, came to the conclusion that the time available was not enough for him to decide whether or not Atlanco Rimec had violated the collective labour agreement. Therefore the judge could not accept that the freezing of the accounts.

What happens now?
– This case will not proceed to a regular court. The employers do not want to pursue the case further, says Rob Cox.
– And work is up and running again, now the workers are back from their vacations in Portugal over Christmas and New Year. But, as I said, there is no collective agreement in force for the moment, so I don’t really know what they earn.
– And I have heard that the deduction is still there, albeit a bit lower. But, I will continue to review the case.
The construction of the A2-tunnel will last at least for another year. The controversies surrounding Atlanco Rimec have, according to Rob Cox, highlighted the problems that may arise when companies bring in subcontractors who hire their workforce from other countries.
– The issue is now being debated nationally. Other newspapers have highlighted other examples and businesses that are not observing the collective agreements. My feeling is that this is a widely spread phenomenon, which is just now starting to show its face in public, says Rob Cox.