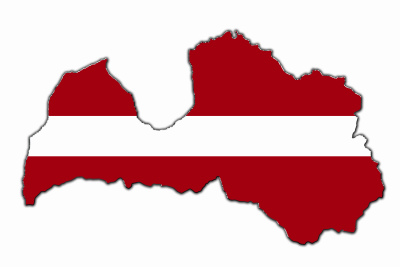 Despite paying close to starvations wages and violating laws and agreements, notorious Latvian staffing companies are still operating in Sweden – with business licenses issued by the Latvian authorities.

In Latvia staffing companies are approved and licensed by SEA, the Latvian State Employment Agency. After approval, the companies are listed on the employment agency’s homepage with names, license numbers, and the country (or countries) in which the respective companies are licensed to operate in. The main purpose of this listing is to enhance safety and security for the Latvian workers recruited for work abroad.

No requirements
Only licensed agencies are authorized to work abroad. To get a license you must meet a few criteria. For example, the company must not have any unpaid liabilities  for taxes and social security contributions. Furthermore, the company cannot be bankrupt or in liquidation. The company must also have conducted itself in terms of observing laws, legislations and conditions for employment and working environment. However, there are no requirements stating that the companies must pay their taxes and social contributions in Sweden when operating there. This is an obvious violation of the basic principle in the EU regulation which states that the social security contributions are payable in the country where the employee is working (from day 1), and that the worker should pay his/her income tax there (from day 183). Instead, the staffing companies “choose” to submit their fees in Latvia.

No control
Stoppafusket wanted to know how Latvian authorities can license companies that do not comply with current tax laws and EU regulation on social security payments. Hence, written questions (as exemplified below) were sent to the management at Licensing and Legal Security, the responsible department within the Latvian Employment Agency.
Q: Some of the staffing companies working (only) in Sweden pay neither social security contributions in Sweden nor income tax for their workers here. Are they not required to do that? Instead they pay the fees in Latvia.
The responsible managers answered: “The most competent institution in Latvia in respect to taxes is the SRS, i.e. the State Revenue Service, therefore the necessary information can be received in the SRS.”
Or in other words, from this answer one might conclude that the Latvian Employment Agency is licensing companies without actually making sure that the staffing companies (or the job placement service provider (type4) as SEA calls them) are not involved in tax evasion and social dumping.
For all survey questions and answers, click here

Posted, or not?
In their answer, the Latvian Employment Agency officials also referred to the EU rules and regulations regarding posted workers. These regulations state that the licensed staffing companies should pay the minimum wage of the working country in question, as well as monitor working hours legislation, and more. The Latvian authorities are, however, confusing apples with oranges. Since the staffing companies are not conducting any businesses in Latvia, there are no businesses to “post” the workers from and consequently the workers should not be regarded as posted at all! However, it is apparently, according to Latvian authorities, quite acceptable that social security contributions for posted workers be paid in Latvia – contrary to EU regulations – even if the workers are not actually posted!

One-tenth
Another problem, as confirmed by a Stoppafusket-survey, is that the licensed companies pay much smaller wages, sometimes as low as one-tenth of the minimum wage in Sweden. Listed below are a number of the staffing agencies licensed for work in Sweden, also naming companies with active business operations here. For the complete list of licensed Latvian staffing companies (Job placement service type 4), click here!

Sia Hyrlett nu and Eurochance: In 2011 Sia Hyrlett nu earned 10 million SEK by leasing workers in Sweden. The workers got 13 SEK in hourly wages, which was the Latvian minimum wage that year. The numbers are readily available and can be found in the company’s annual report. In 2011, the company was only licensed to operate in Sweden. Also, the man who runs the business, Maris Sergenjenko, lives in Stockholm. This year (2013) Hyrlett was also licensed to do business in Latvia and Norway. The owners of Hyrlett have a second company, Eurochance, which is also licensed. But, according to the company’s annual report, the company has no employees. In Latvia, it is Eurochance that attracts workers to Sweden. Click here to go to their website! In Sweden it is Hyrlett nu which attracts customers with cheap prices. Click here to go to their website!

Sia Connected: Early in January Stoppafusket revealed that Sia Connected only pays the Latvian minimum wage of 15 SEK per hour despite having a collective labor agreement with the Swedish construction workers’ union, Byggnads. However, the collective agreement is seen only as a “formality”, not necessarily legally binding.  The company holds a class F tax certificate for contractors in Sweden. According to the 2011 annual report, the company had 3.2 million in sales, and the turnover was from the Swedish business only. For a (Swedish) article on Sia Connected, click here!

Sia Barjanis: According to the annual report Barjanis earned 1 million SEK in 2011. The wages of the workers amounted to about 38.50SEK per hour. Barjanis do not have the required class F tax certificate for contractors in Sweden. Customers mentioned in the annual report are, for example, Limhamns turbinhus AB and Vessinge AB (the latter is a company with which Barjanis has receivables). David Lundqvist, the President of Limhamnshus, confirms that they have used Barjanis in projects, but he does not want to comment on wages or other matters.
– We do not discuss our suppliers with journalists or any other interested parties, he says.

Eastworker (Sia HRteam): Eastworker is a company which leases farm workers to Sweden – among other countries. The company turnover for 2011 was 1.6 million SEK, while the worker salaries amounted to approximately 27 SEK per hour. The company has no class F tax certificate in Sweden, and for many years now Eastworker has been on Stoppafusket’s Blacklist. 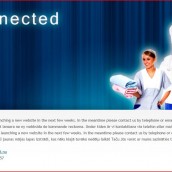