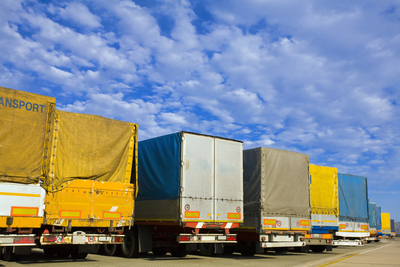 In addition to the extremely low wages Sia Dinotrans pay their drivers allowances. And, according to the owner Staffan Resare, per diem allowance is also income. “This is how it works in all Eastern European enterprises”, he informs Stoppafusket. Read the email correspondence between Stoppafusket and Staffan Resare published in its entirety below.

Hi Staffan,
My name is Anna-Lena Norberg and I am a Freelance journalist. I run the site www.stoppafusket.nu. I have recently reviewed the Dinotrans Group and I have several questions for you based on my findings. I hope will you contact me promptly, before the article is published. In the article I will bring up that Dinotrans spends four (4) percent of its revenue on salaries, and that the biggest income comes from Sweden, etc. I have gone through all the annual statements in the Dinotrans Group.
You can reach me at: 0707-6588 16. It’s okay if you call me at night or if you call this weekend.
/Anna-Lena

19 aug 2013
Staffan Resare till Stoppafusket:
According to our internal policy, I must answer in English. We believe that it is not in our interest to be mentioned in your publication and we hope that you can respect that. In order to make you understand that your statements are wrong, we will explain the following. SIA Dinotrans does not belong to any concern. SIA Dinotrans is a free standing transport company what produce service in international trucking. A big part of the turnover are sales of our used equipment , as you can see in our income statement. That is also why the sales to Sweden is so high since almost all used equipment is sold to Sweden.  Germany and Norway are our biggest markets from transport sales. SIA Dinotrans costs for wages includes also administration and there are also a big part allowances what is under travel costs. The total cost for staff is close to 20 %. All truck drivers are employed in the company and all taxes, social costs and insurances are paid. A full 3 months tax survey of the Latvian state revenue service have just been completed without any remarks. We will not continue any further correspondence with you and we strongly believe that your interest for SIA Dinotrans is based on racism and your wish to exploit that in connection with our choice to employ truck drivers from the Philippines.

Hi,
I will publish an article about Dinotrans on Stoppafusket.nu. In your annual statement you have stated that you have “subsidiaries” and “affiliates”, hence my wording “corporate group/group”. I have reviewed all financial statements (except for those bankrupt or liquidated).Since I wrote to you last, I have made new calculations. This is the data I have downloaded from Sia Dinotrans and which will be published:
Labour costs (including administration and drivers, salaries and social security contributions) amount to 9.5% of the turnover. With truck sales excluded, this is a very generous estimate.
Divided by 211 employees, the numbers give at hand an hourly pay rate of around SEK 20 which is to be considered extreme wage dumping. Since allowances should not be regarded as salary, but as additional pay, I do not include them.
In Sia Dinotrans’s annual report I have found the sales figures for different countries. You refer the high turnover to truck sales which contradicts your own statement in the annual report where you write:
“In 2012, the company started to address labor shortages by attracting migrant workers – truck driver from the Philippines. As a results of the project the company managed to increase sales.”
In the publication I also mention figures for all companies in the Dinotrans Group, and I bring up your emigration to Latvia. To the Swedish Tax Agency (Skatteverket) and in official papers in Latvia you have indicated that you now live at  xxx . My question is – do you really live in this house?
In order for you to comment on each individual statement, it is of course preferable that you call me. My phone number is 0707-65 8816.
Please get back to me promptly, since I will publish shortly.
Stoppafusket is investigative journalism on the web focusing on rogue foreign companies, their Swedish customers, and worker conditions. Essentially and primarily Stoppafusket works against racism.

We are happy that you work against racism, Then you may follow our Philipinan project in other media and maybe later understand what is going on. Regarding our financial statement, there are not mentioned any daughter companies. Related is something else as you can see in the notes. If you think that workers not consider allowances as income, you shall study how your party friends consider their allowances from Brussels.  For your information, it is how it works in every east european company also.You also say that you care about workers. This is fine, but you have never listened any complains from Dinotrans workers. Maybe now you are trying to brake an open door.
Regarding our turn over from truck sales, I wrote that the big turnover in sales to Sweden was because almost all the trucks where sold to Sweden, and then as you can see, the turnover for transportation is bigger both for Germany and Norway. There is no contradiction in this.
That there is a shortage of skilled labor for international trucking is a well known fact in the business and that Dinotrans managed to increase turnover for transportation all over is no secret so I  do not understand what you mean with contradiction.
Unlike most eastern transport companies, SIA Dinotrans is very transparent and open company.
Do you care of the conditions for the workers who produced and transported your phone or computer from China ? Or the Rumanians who produced your refrigerator and how that was transported to Sweden ? No, not at all, you are more interested in showing how clever you are and how SIA Dinotrans try to cheat its employees, who you have never meet. Shame on you and please publish whatever you want .
By the way, you may have heard that it is a bad neighborhood but my house is new.
And last, please never contact me again.

Hello again,
Staffan, it is important that everything is correct so I am compelled to contact you again. You decide whether to answer or not. From your response, I take it that the amount you have publicly announced as the wages Sia Dinotrans pay thieir drivers (SEK 12,000-17,000), also includes allowances. I have a summary showing the Latvian allowances that apply in different countries. For Sweden, it is LVL 28 (lats). If a driver works in Sweden for 30 days, the allowance  will be SEK 11,000. For Norway, the amount is LVL 36. If a driver works in Norway for 30 days, the allowance will be closer to SEK 14,200. For Germany LVL 32 apply, which gives SEK 12,200 in allowance for 30 days. This means that Dinotrans drivers earn about Latvian minimum wage (which currently stands at about SEK 15 per hour) plus additional allowances. This is also what the annual report shows, that the salary is approximately SEK 20 per hour for all staff.
You write that this is the way all Eastern European businesses work. Please feel free to give me some examples.