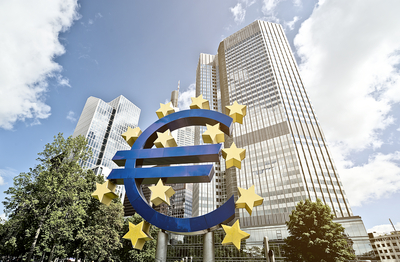 Maastricht is a small provincial town in the southern part of the Netherlands with just over a 120.000 inhabitans. It’s an old town dating back to Roman times and it still has many medieval features that survived the devastating effects of World War II.

While the Dutch love Maastricht as the most Frenchlike town of the country, Europe knows it as the place where European leaders signed the European treaty in 1992, making the way clear for the euro currency, free travel and boundryless trade between EU countries. It is this boundryless European market that hits the town of Maastricht in the face in October 2013.
In the first years of the nineties everybody saw the benefits of the open European market. But when the worldwide economic crisis deepened and companies had burned up their reserves, drastic measures were taken to prevent insolvencies. There was no room anymore for social entrepreneurship and moral standards were lowered just in order to let the companies survive. Cost had to be cut. And they were cut, hard.
First it showed in agriculture and transport, but soon after that other sectors were affected. Jobs in the meatsector, construction or other lower qualified sectors were filled with workers from other European countries. Their major benefit was not that these workers were better, because they weren’t. But they were cheaper.
A few years earlier, just before the end of the century, several European entrepreneurs like the Irish founder of Atlanco Rimec Michael o’Shea saw the great possibillities of the open border policy. They detected all the flaws in European legislation that ‘Brussels’ made in it’s haste to achief a borderless economical unity. They erected companies that took advantage of the sheer endless amounts of cheap labour in the new EU countries. It was the time that ‘staffing companies’ like Atlanco Rimec emerged, slowly infecting the labour markets in the leading European econom
ies.
As said, this infection grew year on year. The first companies that used this cheap labour won all contracts because they did the job at a lower price. This forced the other companies to do the same, or else they faced bankruptcy. And that’s how the race to the bottom started.
One of the sectors that is most affected by this is construction. Most northern European countries have been flooded by foreign European construction workers, pushing native workers out of their jobs. Local subcontractors topple because they cannot compete with subcontractors like Atlanco Rimec that offer labour at half the price of locals.
Back to Maastricht. When the economic crisis deepened, like many European countries, the Dutch government decided to invest in infrastructure trying to keep the construction business afloat. Ambitious plans that normally took ages to develop, were suddenly sped up. Maastricht had been talking for years about de building of a tunnel, replacing the A2 motorway that runs directly through the city. And suddenly the money was there. The work started in 2012 and the tunnel is to be opened in 2016.
One of the important aspects of the project was the social return: the tunnel had to create jobs for local people.
But instead the building consortium Avenue2, a joint venture of Dutch companies Strukton and Ballast Nedam, used subcontractor Atlanco Rimec to provide the workers. In fact they had been using Atlanco for years. Atlanco got people from Portugal and Poland to do all the concrete work. In order to have low salaries Atlanco had to think of new loopholes in the legislation as several tricks had been uncovered through the years. Atlanco Rimec decided to charge the workers 968 euros for services including housing That was half their initial pay. In order to maintain a good income the workers had to work up 60 hours a week. This was a clear violation of labour agreements in the country.
On Octobre 5th this blew up in their face with a publication in local newspaper Dagblad de Limburger called Slaves of the A2. The initial reaction from the companies was denial. And local and national authorities that had commissioned the tunnel, turned away their heads. In the end it were the unions, the media and public outrage that put the item on the political agenda.
After the A2 tunnelcase of Maastricht more similar cases were reported throughout the land. Companies like the Rugovac en Ik & Werk were unmasked. Dutch vice prime minister Lodewijk Asscher sped up legislation and came up with the concept of chain responsibility. He invested tens of millions of euros in investigating organizations that should detect bogus constructions like the one in Maastricht. Two of the main bosses of Avenue2 were picked up for police interrogation. The Portugese workers got half of the deducted money back.

Epilogue
Together with similar cases in Germany, Denmark, Norway, France and Sweden this win might look like the end of the story. But it isn’t. Bussinesmen like Atlanco’s Michael o’Shea are always one step ahead of legislation. The power of the media has blemished the companys name so he just decided to eliminate what was once “Europas leading staffing agency”. The companys website is no longer available, it’s name is slowly being de-Googled. Behind the scenes a new company is started: Oradeo, “one of Europas leading staffing agencies” the website reads. Greed never stops.
In Maastricht most of the accusations are swept under the carpet. Authorities want no blemmish on the tunnel because it is the first infrastructural work named after the new king: the King Willem Alexandertunnel.
Cheap labour constructions haven’t helped the builders. Construction company Strukton has just been saved from bankrupty in 2014 by a multi million shareholder investment and Ballast Nedam is facing a take over or bankruptcy in april 2015.
Dutch vice prime minister Asscher is battleing ‘Brussels’. Because also in the centre of European power moral standards are affected by pure financial greed. Where de leading European economies want to fight the import of The New Slaves, the newer member states want to keep the situation as it is. Simply because it brings in revenue to their economy.
If the European states are not able to solve this issue together, it will destabilize European economy and solidarity. And without stability and solidarity the European Union will desintegrate, affecting everybody that lives in it.