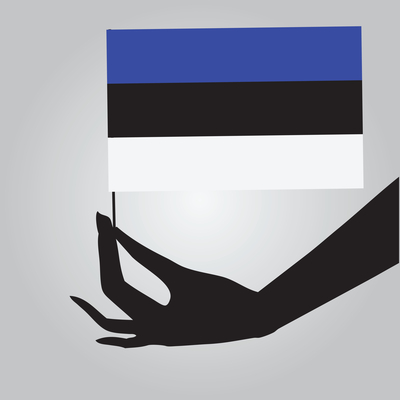 Despite the Estonian forest management company Baltic Trio essentially having all of its operations in our country, Estonia prints out certificates so that the social security contributions go to Estonia instead of Sweden. This violates EU laws and rules.
“It is unacceptable. If the countries agree on something, they should also follow it,” says Marita Ulvskog (s), who is Chairman of the EU Committee on Employment and Social Affairs.

The basic rule in the EU is for social security contributions (payroll taxes) to be paid in the country in which the worker works. So if, for example, an Estonian forestry worker, employed by an Estonian company, works here in Sweden, social security contributions should be paid here. This basic rule originates from the principle of equal treatment. There simply must be equal conditions for workers who work in a country regardless of where they come from. The Estonian forestry workers should be registered with the Swedish Social Insurance Administration just like you and me.

Exceptions
In the EU, workforces and companies must be able to move freely. And so if a worker temporarily (maximum two years) is sent out to work in another country, it would be too tedious and cumbersome to change the social insurance administration for the worker. The worker then gets a so-called “A1” certificate which shows that they have been dispatched and the social security contributions are paid in the home country. Such exceptions can open unwanted doors for mailbox companies, etc., because there are different terms and conditions the company must meet for the A1 certificate to be printed.

Terms and conditions
One of the conditions is that the company should have at least 25 percent of their operations in the home country. This is not completely written in stone, but if the turnover is under that, a proper review must be done before the A1 certificate is printed out.
Stoppafusket has conducted a review of Baltic Trio from its beginning and the operations in Estonia are at best a paltry few percent.* For years, we have been talking about per mille turnover in Estonia. The rest of the operations are in Sweden. Despite this, many of Baltic Trio’s employees have A1 certificates.

Defence
Stoppafusket made contact with the Estonian Ministry of Social Affairs (Sotsiaalministeerium) in order to get a comment from someone in charge. Kristel Abel, who is the press secretary of the department, gave a number of specialists from the Ministry of Social Affairs and Estonian Social Insurance Board the task of responding to Stoppafusket’s questions. First and foremost, the specialists said that 25 percent turnover is not a rule, but a criterion. There are several criteria which are weighed before an A1 certificate is printed. In this case, Baltic Trio had stated that it had 20 percent turnover in their home country and 80 percent in Sweden, the specialists wrote, and then the Insurance Administration in Estonia weighed other criteria. One of Stoppafusket’s questions was whether Estonia checked the information the company provided. Before and after the A1 certificate was printed.

This was the specialists’ response:
” Estonian Social Insurance Board is checking all the information provided in the application of A1 provided by the applicant before issuing the A1. Moreover a special aftercheck is being performed after issuing A1 as thoroughly as possible. All applicants are obliged to notify the Social Insurance Board of changes in working relationships during the validity of A1. Social Insurance Board has access to the information that VAT has been declared and paid in EE and also the company’s annual report. The lawyers also argued that Baltic Trio ”has operated on the market over 10 years and social security contributions has always been paid in a proper manner”.

Audit
One could say that this is true with modifications. Baltic Trio has worked in the Swedish market for under ten years and social security contributions and taxes have been paid in Estonia. Something which the Swedish Tax Agency became aware of and conducted an audit of the company for the years 2012 and 2013. The decision came a few months ago and the conclusion is something entirely different from what than the Estonian specialists came up with. The Swedish Tax Agency does not believe that Baltic Trio is a guest company at all, but rather has a permanent place of business in Sweden. This means that the company must follow all the same rules and laws as a Swedish company. Amongst other things, social security contributions should be paid here.

The sacred A1s
But with A1 certificates, there is always a snag. One could say that they are “sacred.” Pia Bergman is that national coordinator of the Swedish Tax Agency’s work against serious economic crime.
“We can’t put ourselves above another government’s decision and when another country sends A1 certificates to the Swedish Social Insurance Administration, we just have to smile and accept the situation. The Swedish Social Insurance Administration can protest the A1 certificate, but they don’t have the mandate,” she says.

Missing certification
Despite the A1 certificate being sacred, it also has to be true. The Swedish Tax Agency went through each A1 certificate with a fine-tooth comb. This showed that the times for which the certificates applied did not agree with the times the workers worked there. There were long periods where there were no certificates. And for those periods, Baltic Trio should pay social security contributions here in Sweden. In total, nearly SEK 380,000 to the Swedish government in payroll taxes and tax penalties.

Incorrect information
You get tax penalties if you submit incorrect information. And Baltic Trio has done this since 2011 when the company registered a branch here in Sweden. A branch which is also registered as an employer. And each month, the branch sent in a tax return to the Swedish Tax Agency of zero kronor paid in salary and thus the company paid zero kronor in payroll taxes.

More cases
This is not the first time Stoppafusket has discovered A1 certificates printed from the Estonian Insurance Administration which obviously do not comply with EU regulations. In another case, two workers had two different A1 certificates for the same time period. One for one employer and one for another employer.

EU of compromises
Social dumping and job trafficking are often on the table for the EU Committee on Employment and Social Affairs. The Acting Chairman of the committee is Social Democrat Marita Ulvskog.
“The EU contains 28 different countries at different levels of development. Most proposals that are pushed through are compromises. It’s hard to get regulations which are watertight. The EU doesn’t work in every area, but you could say that there is movement in a direction,” she says.
But there are currently regulations on social security contributions which, if followed, would work.
“Companies are very creative in avoiding regulations, right now we’re looking over this to plug up the holes.”
Here we also have an aspect of the problem. A country which does not follow EU regulations. A country which prints out A1 certificates despite the company operating in Sweden.
“It is unacceptable. If the countries agree on something, they should also follow it.”

All together
Marita Ulvskog believes that everyone must cooperate to bring order and clarity to the labour market in Europe. This applies to countries, various government agencies and, in particular, unions.
“It’s a tough job getting order into the labour market, but we can’t give up. It’s a necessity for democracy.”

Stoppafusket has searched Baltic Trio for comment. The company should take contact but has not done that, so far.
* The company started in 2005. In 2006, the company had 74.8 percent of its operations in Sweden. This is the lowest figure to date.