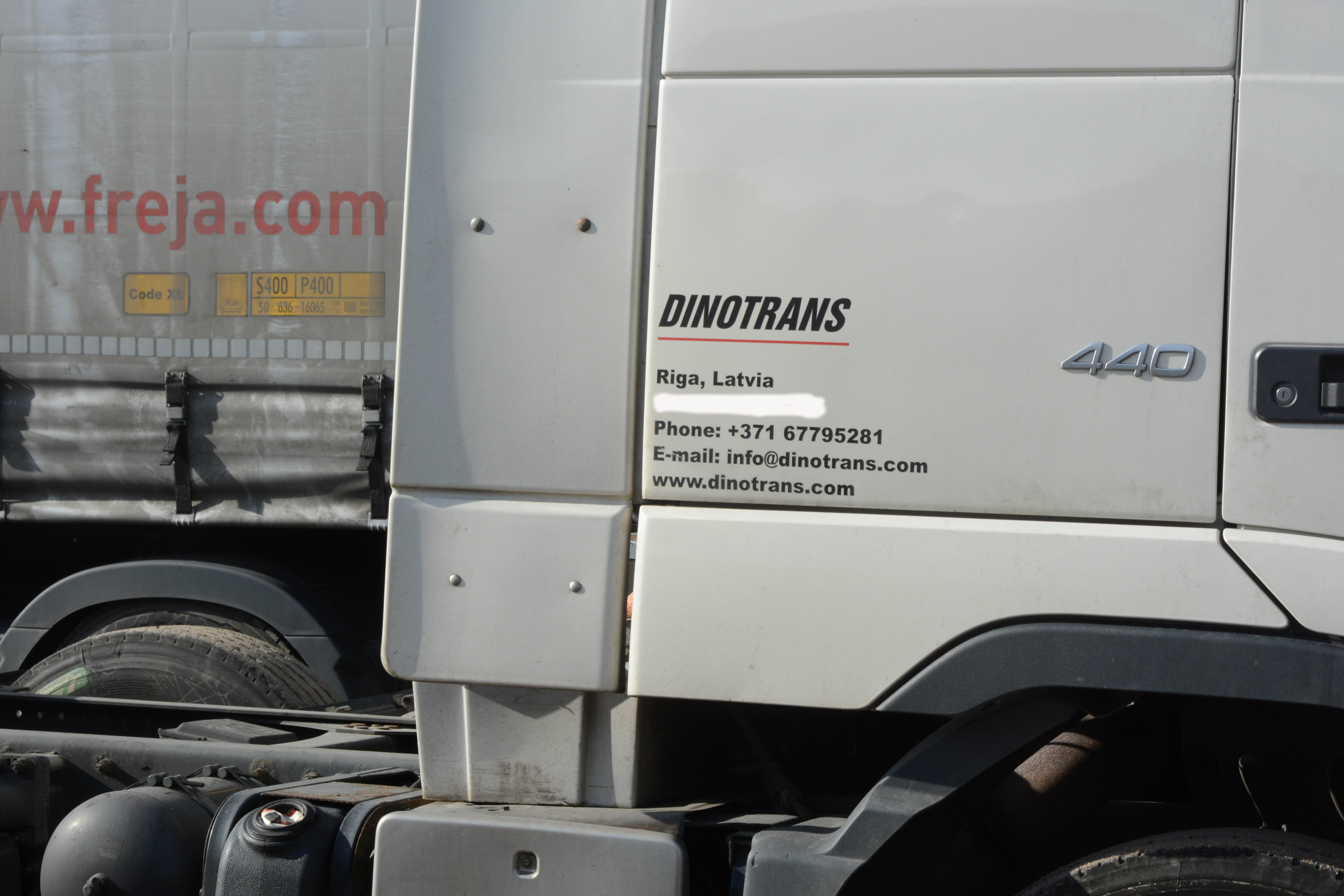 He works almost all the time and he lives in the truck. He is away from his home and his familly for one year at a time. He is a driver from the Philippines and works in Sweden. He earns EUR 670 per month after taxes.

This is the first article on Dinotrans, a Latvian haulage company. The second article where the owner of Dinotrans comment on the low wages and rates you will find here.

In early 2014 Dinotrans employed drivers from the Philippines. They have become quite well known in the transport industry since then. Among other things, they organized a strike in Germany when the employer wanted to reduce wages. The strike succeeded. But conditions are far from comparable with other European drivers’. The wages of the Filipino drivers are much lower than those of Swedish drivers and even lower than what is normal for the the Eastern European drivers. The Filipino drivers employed in Dinotrans are working in Germany and Scandinavia. There were about 150 Filipino drivers initially, but the numbers have decreased and according to one driver there are now only 60-70 that remain in the company.

No laundry facilities
I have been curious about how the Filipino drivers live while they are working in Sweden, ever since they started to get recruited, just over two years ago, and I have been looking out for them at ports and terminals. Finally, I met Peter (Peter is a fictitious name). Peter always sleeps in the truck and he is lacking basic facilities, no toilet and no opportunity to wash clothes or to take a shower.
−It is very difficult to wash during the winter, he says, and shows how he takes care of his laundry. He has to wash  everything by hand.
There are showers at some gas stations, but it is expensive for Peter.
−They take SEK 50 for a shower, that is a lot of money for me. Everything is expensive here in Sweden.
Peter speaks English very well, as do all the drivers from the Philippines working in Sweden.
− We learn it at school. It makes it easy for us to work in Europe. We can communicate with people.

EUR 670 a month
How does it feel to work in Sweden?
− It’s okay for me, it’s my job. I was a truck driver in the Philippines as well. But it is difficult to obtain a job there.
How much do you earn as a driver in the Philippines?
− 30,000 Philippine pesos a month.
How is it compared to what you earn here?
− Here I earn 670 euros a month. That’s as much as I got in the Philippines.
670 euros. It is after tax then?
− That’s what I get. I do not know how it is with taxes. I believe that the company pays taxes in Latvia.
Peter says that he sends his whole salary back home to the Philippines. He has a wife and a young son and two dependent parents.
In addition to his salary, he has an allowance of 105 euros per week. It goes on food and necessities. There is no major excesses. He cooks all his food on a little gas stove that he has in the cab of his truck.
What do you cook?
− It’s always rice. And meat of any kind.

Hard life
I try to imagine how it feels to be in Peter’s situation. He is away from his home and family for a full year. Since he was last home for a month he has been working for four months into a new work period of one year.
It must be a hard life?
−Yes, but it is still better for me than for those who work in the Middle East. I’ve talked with people who have been working in Saudi Arabia. There, they are forced to work two, three years in a row.
Peter works in Scandinavia. Previously, he has taken goods to a freight forwarding company called Bluewater, from Denmark to Sweden. Now he is taking freight for a haulage firm called Agility, mostly between Sweden and Norway. But he loads in Sweden, so it is mostly on Swedish ground that he parks up for the night. He sleeps in Sweden. The haulage company he is employed by is registered in Latvia, but has a Swedish owner. Peter takes freight in Sweden with a Swedish registered company. He belongs then to the Swedish labour market. But his condition is far from what is customary in Sweden.

Wage differentials
We have already heard about the salary, 670 euros a month after tax. That is barely a third of what a Swedish driver gets, and much less than what a Latvian driver earns. Dinotrans employs both Latvian and Filipino drivers.
How much does the Latvian drivers get in salary?
− I think they get 1500 euros per month.
Oh, that’s a big difference. And do you do the same job?
− Yes we do. But I do not have much choice, I need the job. If I ask my boss to increase my salary, then he can fire me.
How many hours do you work per day?
− It can be 15 hours in a day.
15 hours?
− Yes, for two or three days every week it is usually like that.
He does not drive so much, he is careful to stick to driving and resting. But he has to to spend time waiting.
− I can drive to Borås and then wait there for five hours before I get a new freight, Peter says as an example of how one journey can be.
A Swedish driver gets paid for such delays, but not Peter. He receives his monthly salary, no matter how many hours he has worked. He estimates that the average work for him is about 60 hours a week. That means that the hourly wage for Peter is about EUR 2,7 – 3,2 (after tax).
What about health insurance, what happens if you get sick?
− Then I will be sent home to the Philippines.
But if you become seriously ill?
− Then we go to Riga for healthcare there.
Why not a Swedish hospital?
− It would cost money, I would have to pay it myself.
But you can have an accident on the road that requires ambulance transport and emergency care…
− I do not know, that situation has not arisen for us Filipinos. That’s why we drive very carefully as well, in order to avoid accidents.
What do you think about Dinotrans? Is it a good company to work for?
− No. They do not keep their promises, and they deduct costs from our salaries.
How?
− One time a rear light broke on my trailer. I told my boss, a month later they had taken EUR 300 from my salary.
300 Euros. Half your salary?
− Yes, and a friend broke a spotlight on his truck. They took 1500 Euros from his salary.
That is two and a half months salary. For damage to the truck?
− Yes, they divided it, I think, so they took 200 euros per month until it was paid.

Wants to work for Swedish haulage
After talking, Peter shows how he usually washes himself. He uses a water bottle that he has in the lorry. He pours water into his hands and tries to get as clean as possible.
If I get hold of the Dinotrans owner, what would you like me to ask him?
− Ask him about the accommodation , Peter says.
He wants somewhere to shower and wash clothes.
We exchange phone numbers and email addresses and say goodbye.
Later in the evening, Peter sends a message in which he said he would be happy if I could help him find a Swedish haulage company he can work for instead, one which pays their drivers normal Swedish wages.

Brothers on the highway
I talk with Peter over the phone a few times and also get in touch with a friend of his, who also is a driver. The friend wants to complete the picture and tells me that Dinotrans pays travelling costs from the Philippines and pays the education. He also writes that in addition to the salary of 670 euros a month, the drivers may receive an additional 150 euros as a bonus if the work went well.
He also writes that he is concerned about the medias portrayal of the Filipino drivers,especially in Germany, where media articles have made it difficult for the drivers.
Sometimes they are also met with suspicion and aversion from their driver colleagues on Swedish roads.
He also writes that the minimum wage in Latvia is 320 euros per month and other drivers from Eastern Europe he has been talking to get paid per driven kilometre and do not get paid for waiting time either.
He believes that it is not easy to try to improve the conditions of the Filipino drivers when the conditions for the other drivers are not much better.
But he concludes his letter to me with a hope, or a suggestion. He writes:
”My answer to that is unification of all truck drivers and create a harmonious legislation for entire Europe. How we gonna do it? We need to look at each other as brothers of the highway instead of showing dirty fingers when they see us on the road” 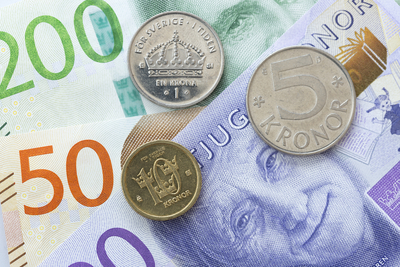 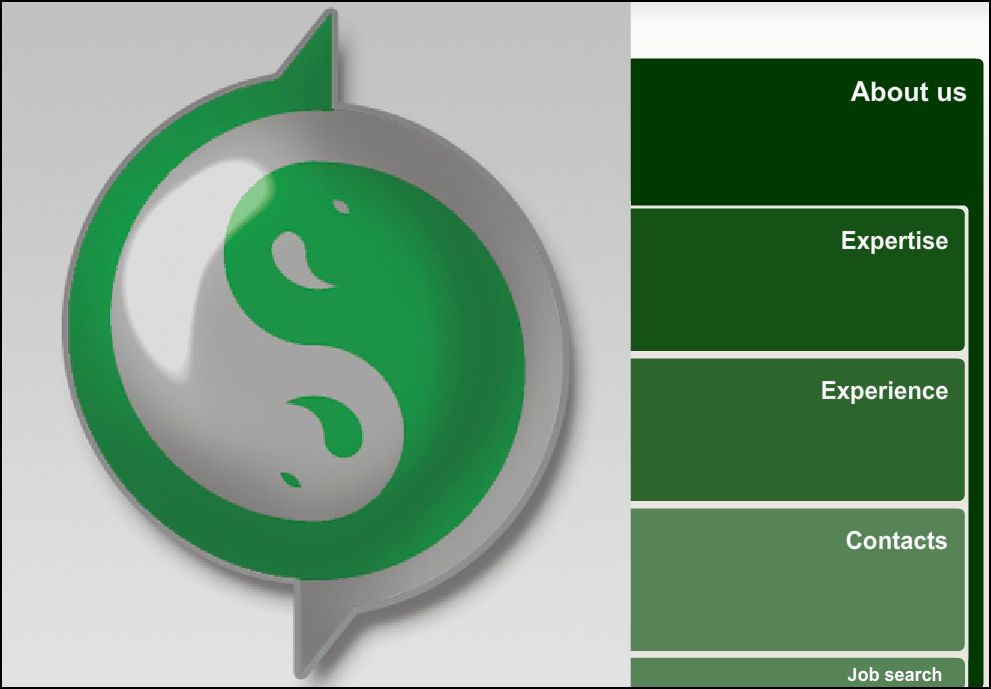 Atlanco Rimec vs Everyone and Everything 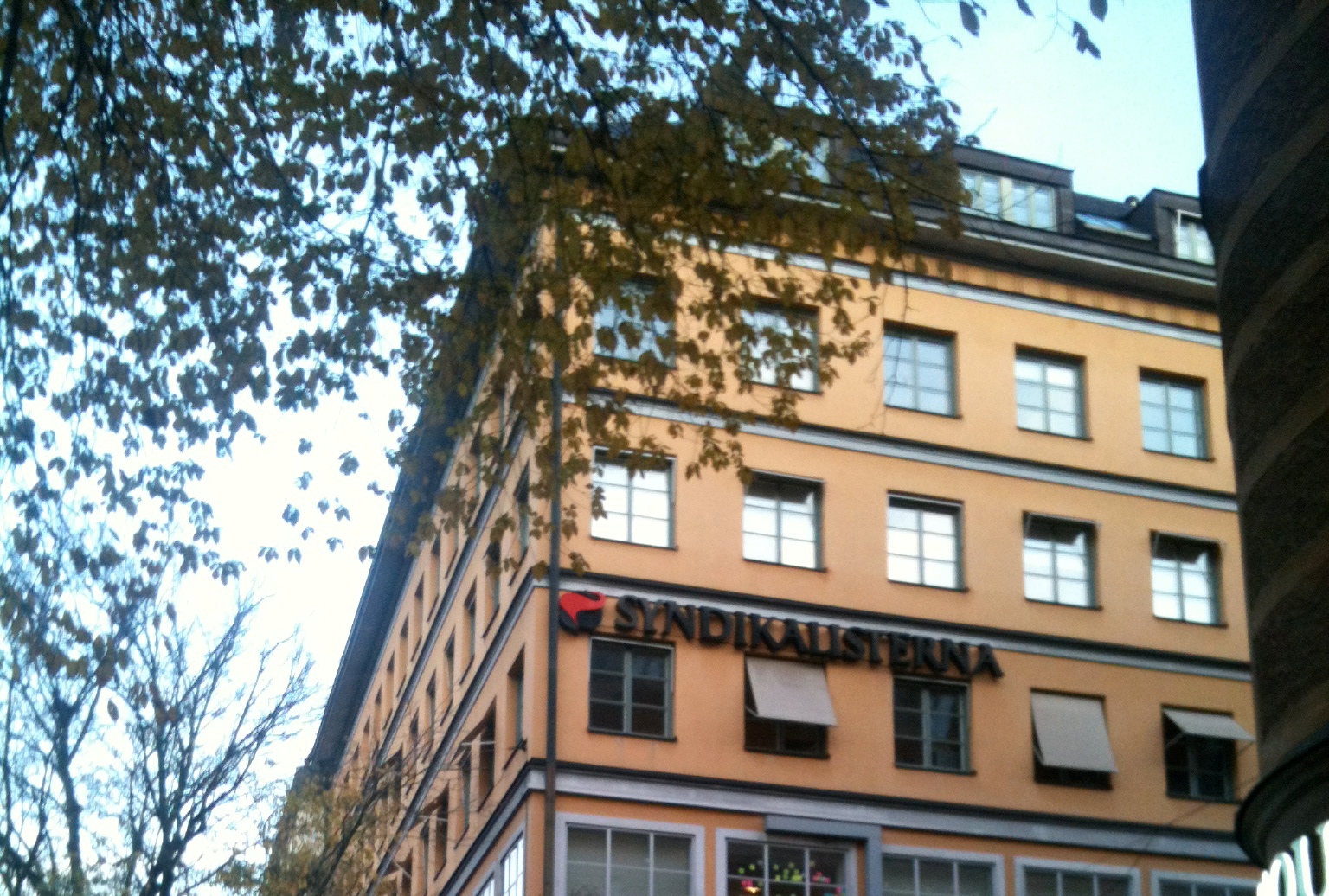 4 thoughts on “Filipino drivers working under bad conditions in Sweden”