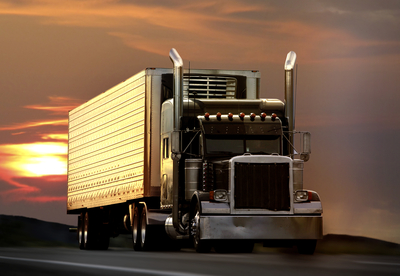 The Latvian haulage contractor company Sia Dinotrans, currently operating on European roads, are paying their drivers approximately EUR 2.36 per hour – wages which can only be defined as slave wages. Proof of this is readily available, in black and white, in the company’s own financial statements.

Sia Dinotrans has for many years employed Latvian drivers. That is, until last year, when the company came up with the brilliant idea to instead opt for Philippine drivers. When Dinotrans decided to use Philippine drivers the principal owner of the company, Staffan Resare from Sweden, went public and announced that drivers earned between EU 1,400-2,000 per month. When Stoppafusket confronts Staffan Resare with figures from the company’s annual report, he indirectly confirms low salaries. But more of this later. First some facts.

Annual Reports
There are several Dinotrans companies across Europe and also other related companies. has reviewed all annual reports for 2011 and 2012 for all companies in the Dinotrans Group. Most of them are located in Latvia. With its 220 employees and 155 trucks, Latvian Sia Dinotrans is the biggest company within the group. The other companies have significantly fewer employees and trucks. Swedish Dinotrans, for example, only employ one person, and Dinotrans in Germany is also a small business. Sia Dinotrans in Latvia is also the company with the largest turnover. In 2011 the company transport business generated sales for EUR 9.7 million (plus an additional EUR 325 000 on truck sales). During 2012 Sia Dinotrans’s turnover increased dramatically and amounted to EUR 10.8 million (plus an additional EUR 5.3 million on truck sales).

Philippinos
The company attributes this drastic increase to the decision to opt for Philippine drivers. In their annual report they write:
“In 2012 the company announced that they aimed to remedy the problem with labor shortage by attracting migrant workers – truck drivers from the Philippines. The result of the project was that the company managed to increase sales.”
Also, the countries in which Latvian Dinotrans increased its sales the most were Sweden and Norway. Out of the total turnover 45 percent now comes from Sweden and 21 percent from Norway. The sales in Latvia, where the company is registered, only amount to 1.8 percent.

Alarming Events
Sia Dinotrans operates in several European countries. In addition to Sweden and Norway the company also works in Denmark and in Germany, a country now sounding the alarm that the new Philippine drivers are making German roads unsafe. Dinotrans turnover from Germany amounts to 22 percent.

Personnel Costs
A good way to measure the cost of staff is to compare it with actual sales. If we want to make a very kind and generous estimate, we can remove the earnings for truck sales and include all personnel, both drivers and administration. Personnel costs will then amount to 9.5% of the turnover, a very low figure. The annual report also shows that Dinotrans’s cost for repairs is higher than the cost for drivers. Another comparison gives at hand that driver costs amount to 16 percent of what the company pay for fuel.

Allowance
In an email to Stoppafusket Staffan Resare writes that the personnel cost is almost 20 percent of sales. In the total cost for personnel he includes cost for allowances. However, allowances have never been salary. An allowance is supposed to cover the additional cost the driver has when working abroad.
Staffan Resare replies: “If you think that workers not consider allowances as income, you shall study how your party friends consider their allowances from Brussels. For your information, it is how it works in every east European company also.”
(Click here to read the correspondence between Staffan Resare and Stoppafusket)
The Latvian Government has determined the levels for tax-free allowances in the different European countries. In Sweden, the amount is LVL 28 per day (about EUR 40) which means that 30 days in Sweden gives an allowance of EUR 1,200.

Hourly Rates
During 2012 the company had, on average, 211 employees. Sia Dinotrans’s annual report shows that the total cost for personnel (administration and drivers) wages is very modest, only EUR 1 million. Let us take a closer look at the figures and see what we can find out about the hourly wage for the employees. Although there are many disturbing reports surfacing concerning foreign drivers who work around the clock and live in their trucks, we start off by assuming that Sia Dinotrans’s employees only work “normal” hours, i.e. approximately 173 hours per month “full-time”. Referring to the cost for driver wages this would mean EUR 2.36 per hour. Working halftime (86.50 hours in the month) would land a driver with the grand hourly pay of EUR 4.72 and if the driver only works 25 percent (43.25 hours per month), he or she would be paid EUR 9.4 hour.

Latvian annual reports are drawn from the Latvian database Lursoft.

Out of all the Latvian companies listed below, only one is registered in Sweden. None of the companies have the required Class F tax certificate for contractors,  and neither of the companies are registered as employer.
Sia Dinotrans is by far the largest company in the group. At the end of 2012 they employed 220 people. Even though the personnel cost was only 9.5 percent of the turnover, it is a peak notation among the Dino Group companies in Latvia.
Erntrans L is a transport and forwarding agency in recession. Since 2010, the number of employees has dwindled away from 51 to 1. This year, no salaries were paid to drivers. Looking at 2010, costs for personnel amounted to approximately 3.9 percent of the turnover. The company also employed day laborers.
GCT service. In 2011, the company, a small (8 employees) forwarding agency with the majority of its circulation outside Latvia, reported sales for EUR 650 000. The personnel cost amounted to 5.8 percent of the turnover. GCT Service also hired the drivers. GCT went bankrupt in 2012.
Erntrans is a haulage company with the majority of its business in countries outside the EU. Costs for personnel amount only to 5.3 percent of the turnover. The duty-free allowance paid to drivers is almost eight times higher than the salary. Erntrans has increased its staff from 13 persons in 2010 to 21 in 2011. The company has not yet submitted its annual report for 2012. The information is taken from the annual report for 2011.
GK Trans changed names during the year to Sia Baltic Press & Trailer Clean. The company business is shrinking and the number of employees has fallen from 14 (2010) to only one (1) in 2012. Turnover for 2012 was EUR 75 000.
AA trans was liquidated 2nd May 2013.
Transfin is a debt collecting and credit reporting agency with a turnover of more than EUR 163 000. One (1) person employed.
Dinotrans Holding, an investment company with a turnover of EUR 33 000 in 2012. The costs, on the other hand, were much bigger resulting in a 2012 loss amounting to EUR 173 000.

Companies in other countries

Out of all companies listed below, only Dinotrans Swedenis registered in Sweden. None of the companies have the required Class F tax certificate for contractors, and neither of the companies are registered as employer.
Dinotrans in Lithuania has been liquidated
Dinotrans in Estonia. Uncertain if the company has any operations. The company is not liquidated but it has not submitted any annual report since 2010.
Dinocarrier in Estonia is a company mainly concerned with transport. The company turnover in 2012 amounted to UR 2.9 million. Out of the turnover 74 percent comes from Sweden and 26 percent from Finland. Operations in Estonia are negligible. The company has 28 full-time employees who receive an hourly wage of EUR 7.34. The total cost of personnel is 16 percent of the turnover.
Dinotrans Sweden has only one person employed. In 2012, the turnover amounted to EUR 6.5 million. The company is registered for import and export of cars, trucks, etc. as well as for international transports.
Dinotrans Poland. The company has not yet submitted any annual report for 2012. The figures presented are from the 2011annual report. The company had a small turnover of EUR 1.7 million, and the number of employees is reported to be ranging between 1 to 5. Salaries paid during the year amounts to EUR 108 000.
Dinotrans Germany: Dinotrans Trycking GmbH is a small business, and is therefore, according to the German rules, not required to submit a complete annual report. Hence it is not possible to deduce the number of employees or total amount of employee wages and salaries received. The turnover was not high, only EUR 238 000 with the modest result of EUR 38 000.

Footnote: The conversion from Latvian lats to Swedish kronor to euro has been made with the help of Forex currency converter.